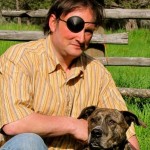 Laird Barron is an award-winning author and poet, much of whose work falls within the horror, noir, and dark fantasy genres. His work has appeared in such publications as The Magazine of Fantasy & Science Fiction, Inferno: New Tales of Terror and the Supernatural, Lovecraft Unbound!, and Black Wings: Tales of Lovecraftian Horror, as well as numerous year’s best anthologies. Barron’s debut collection, The Imago Sequence and Other Stories, was published in 2007 by Night Shade, followed by Occultation in 2010. Both collections won Shirley Jackson Awards. Other award nominations include the Crawford Award, Sturgeon Award, International Horror Guild Award, World Fantasy Award, Bram Stoker Award, and Locus Award. His first novel, The Croning, will be published in 2012 by Night Shade. Barron is an expatriate Alaskan currently at large in the mountains of Montana.
website | twitter | goodreads | livejournal

Elizabeth Bear shares a birthday with Frodo and Bilbo Baggins. This, coupled with a tendency to read the dictionary as a child, doomed her early to penury, intransigence, and the writing of speculative fiction. She decided she wanted to be a writer when she was six years old, when she began stapling together hand-illustrated booklets about dinosaurs and race horses. Despite some side expeditions in her career path, this desire has never wavered. Bear’s first novel, Hammered, was published in 2005, and won the 2006 Locus Award for Best First Novel. She has since written over twenty novels, as well as close to 100 shorter works. The Chains That You Refuse, a collection of her short fiction was published by Night Shade in 2006. Bear is the recipient of several major awards, including the 2005 John W. Campbell Award for Best New Writer, the 2008 Hugo for “Tideline,” and the 2009 Hugo for “Shoggoths in Bloom.” She is a native New Englander who spent seven years in the Mojave Desert before returning to a land where it sometimes rains. Elizabeth Bear is her real name, but not all of it.
website | twitter | goodreads | livejournal 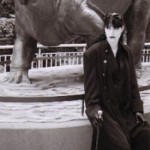 Caitlín R. Kiernan was born in Dublin, Ireland, but grew up in rural Alabama. She studied vertebrate paleontology, geology, and biology at the University of Alabama at Birmingham and the University of Colorado at Boulder. Kiernan’s first published novel, 1998’s International Horror Guild Award winner and Stoker finalist Silk, earned praise from critics and such luminaries as Neil Gaiman, Clive Barker, Peter Straub, and Poppy Z. Brite. Her most recent novel, World Fantasy finalist The Red Tree, was published in 2009. Kiernan is also prolific short fiction author, and her stories have been collected in eleven volumes, most recently in Two Worlds and in Between, released in August 2011. Her stories include IHG Award winners “Onion” and “La Peau Verte,” SF novella The Dry Salvages, and IHG finalists “The Road of Pins” and “Bainbridge.” Kiernan now lives in Providence, Rhode Island with her partner, Kathryn, where she is working on a new novel.
website | twitter | goodreads | livejournal 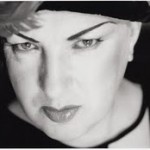 W. H. Pugmire has been writing Lovecraftian weird fiction since 1973, with stories published in such magazines as Space & Time, Deathrealm, and Weird Tales. He specializes in prose and poetry that is set in the fictive world of H. P. Lovecraft or in his own invented locale, Sesqua Valley. Unlike Lovecraft’s cosmic fiction, Pugmire’s work is utterly supernatural, at times outlandishly so. His prose style reflects the keen influences of Lovecraft, Poe, Oscar Wilde, and Henry James, just as his poetry is tainted by his profound love for the Works of Shakespeare. Preferring to work with small press publishers, Pugmire’s recent collections include Sesqua Valley and Other Haunts, The Fungal Stain and Other Dreams, and The Tangled Muse, a deluxe illustrated retrospective of his work published by Centipede Press in October 2010. His stories have also appeared in many major horror anthologies, most recently S. T. Joshi’s 2010 anthology of modern Lovecraftian fiction, Black Wings. Pugmire currently resides in Seattle, Washington.
blog | goodreads 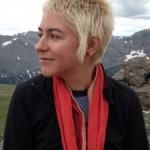 Molly Tanzer is the Managing Editor of Lightspeed and Fantasy Magazine, as well as a freelance writer and editor. Her fiction has appeared in Running with the Pack, Crossed Genres, and Historical Lovecraft, and is forthcoming in Future Lovecraft, Lacuna, and Andromeda Spaceways Inflight Magazine. Tanzer’s nonfiction, including interviews and reviews, has appeared in such publications as Strange Horizons and Fantasy Magazine. She earned her degree of Artium Baccalaureus in Art History from Rollins College in 2004, and completed her Master’s in Humanities at Florida State University in 2009. Tanzer is a fan of the semicolon, an out-of-practice translator of ancient Greek, an infrequent blogger, and an avid admirer of the novels of eighteenth century England. Currently, she resides in Boulder, Colorado with her husband and a very bad cat.
website | twitter | goodreads